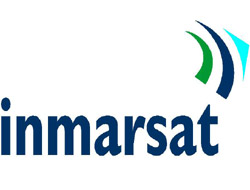 THE satellite operator Inmarsat is preparing to become the latest FTSE 100 company to split the roles of chairman and chief executive.

THE satellite operator Inmarsat is preparing to become the latest FTSE 100 company to split the roles of chairman and chief executive. Andrew Sukawaty is taking soundings from shareholders on the best timing for a succession. It is thought that a new chief executive could be appointed by early 2010 to work under him as chairman.

Inmarsat, which provides communication links to shipping fleets and aid agencies such as the Red Cross, said in September 2007 that Sukawaty, a former chief executive of cable group NTL, would retain both roles for ?not less than two years?.

A handover could have taken place sooner but investors were keen to maintain the status quo while Inmarsat bedded down last month"s acquisition of Stratos, one of its key distributors, which for the first time gives it a direct retail arm through which to sell services.

Inmarsat shares have more than doubled since the private equity-backed company floated in mid2005. It is valued at £2.3 billion. Harbinger, the American hedge fund, has built a 28% stake and is considering launching a takeover.

This news is a total 765 time has been read