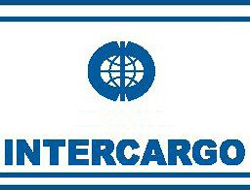 This agreement, which potentially lifts the rating of Intercargo ships in a vetting system used by thousands of shippers and other key maritime industry players, follows a meeting in RightShip"s Melbourne Office on Monday 4 February between Roger Holt, Secretary General of Intercargo and Warwick Norman, CEO of RightShip.

At this meeting, Mr Holt and Mr Norman reviewed and exchanged views on 2006-2007 Bulk Carrier safety and performance related data, and also looked at the data summaries of RightShip"s ?Ship Vetting Information System? and Intercargo"s ?Benchmarking Bulk Carriers? to establish whether synergies existed between the two systems.

RightShip have agreed that with effect from 1 March, vessels entered with Intercargo and denoted as such on the RightShip website would have the quantitative advantages of Association membership and better-than-average PSC recognised through the awarding of additional quality bonus points to the vessels score with the potential impact of lifting the vessel overall rating by one star in the RightShip"s five star rating system.

Speaking after the meeting, RightShip"s Warwick Norman said: ?As an Intercargo member ourselves and on behalf of our responsible Chartering interests, we are delighted to contribute to the ongoing debate about Bulk Carrier safety by working with others to identify and reward high standards of performance. It"s right in line with our strong pursuit of quality objectives, and our commitment to The Poseidon Challenge.?

Capt Holt of Intercargo said: ?We are pleased that a proactive organisation like RightShip can use its developed quantitative analysis tools to benchmark our sector. Clearly, the message about standards has been given a major boost by this recognition. We will continue to engage with RightShip and other parties such as the MoUs, to promote systems which offer tangible rewards for higher standards. This is a major development which we are very pleased to accept on behalf of Intercargo members.?

This news is a total 4935 time has been read