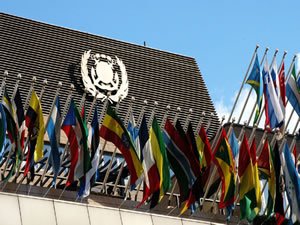 U.N. shipping agency the International Maritime Organization (IMO) said on Thursday its website and intranet had been disabled by a sophisticated cyber-attack and its IT specialists had shut down key systems to prevent further damage.

This is a crucial time for the IMO, which is responsible for regulating shipping and is currently working on ways to reduce carbon emissions from the sector, with a virtual session of its Maritime Environmental Protection Committee slated to take place later this year.

The IMO said services had been affected since Sept. 30, especially on its website, www.imo.org, and the London-headquartered body was working with U.N. IT and other security experts to restore services and identify the source of the attack.

“The interruption of service was caused by a sophisticated cyber attack against the organization’s IT systems that overcame robust security measures in place.

An IMO spokesperson added that its secretariat continued to function and one of its committee meetings was taking place this week via an external platform that allowed for simultaneous translation.

The spokesperson added that internal and external emails continued to work normally and that the organization was working to restore access to public documents.

Earlier this week, France’s CMA CGM, one of the world’s biggest container lines, said it had shut down access to its online services after a cyber attack targeted the group’s peripheral servers.

This news is a total 36690 time has been read
Tags: international-maritime-organization-hit-by-cyber-attack