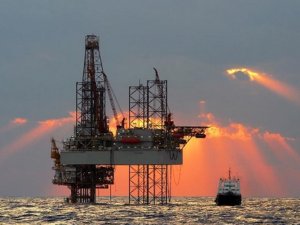 The low investments in exploration is reflected in a significant drop in rig count which is usually used to observe the performance of investors.

The Baker Hughes Rotary Rig Counts are counts of the number of drilling rigs actively exploring for or developing oil or natural gas in the United States, Canada and international markets.

Baker Hughes has issued the rotary rig counts as a service to the petroleum industry since 1944, when Hughes Tool Company began weekly counts of US and Canadian drilling activity. Baker Hughes initiated the monthly international rig count in 1975.

North American rig count data is scheduled to be released at noon central time on the last working day of each week.

The international rig count is scheduled to be released on the 5th working day of the month at 5:00 a.m. central time.
Baker Hughes is a leading supplier of oilfield services, products, technology and systems to the worldwide oil and natural gas industry.

The Chairman and Chief Executive Officer of the company, Mr. Martin Craighead, commented, “Revenue of $4 billion for the second quarter declined 33per cent year-over-year, outperforming the 36per cent drop in the global rig count, despite incremental headwinds from deteriorating pricing and unfavorable currency changes.”

“Even though the severity of the revenue decline has compressed our margins, we have minimized the impact by aggressively reducing costs and rightsizing our operational footprint. These actions have resulted in decremental margins of 35% compared to the prior year, a significant improvement from the prior industry downturn. Furthermore, earnings for the quarter were impacted by an unfavorable tax rate which resulted primarily from a change in the geographic mix of earnings.”

“Our focus on revenue growth in markets we expect to be more resilient in this lower commodity environment has led to significant drilling and production chemical wins in Norway, Saudi Arabia, West Africa, and the Gulf of Mexico. With our efforts on cost reductions and targeted growth, we are well positioned to manage through these difficult conditions while generating positive cash flow, reducing working capital, and improving profitability,” he added.

This news is a total 11501 time has been read
Tags: rig, drop, crude oil, investment, turkishmaritime