International seafarers allowed to sign off at Indian ports 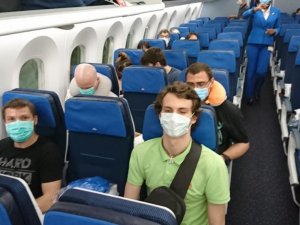 In a welcome development that could have far-reaching consequences for crew changes in India, the Directorate-General of Shipping (DGS) has approved a proposal to allow international seafarers on cargo vessels to sign off at Indian ports.

The ruling is not applicable to cruise vessels. Since late-April, foreign seafarers had not been allowed to sign off at Indian ports, however, they will be permitted to return home on the special `Vande Bharat’ (which translates as ‘Salute to India’) flights operated by the country’s national carrier Air India, as also on non-scheduled commercial flights or charter flights.

It has also been decided to permit, as a special case, the grant of a temporary landing permit (TLP) for up to one month by the Immigration Officer concerned to such foreign seafarers who have expired Indian visas, subject to their having a valid passport and valid seaman's identity document (CDC).

“This move will not only help India in meeting its international obligation to facilitate movement of ship crew, but would also create job opportunities for Indian seafarers waiting to join a vessel,” said Satinder Pal Singh, a senior bureaucrat in the Shipping Ministry.

The sign-off of foreign seafarers at Indian ports and their repatriation to their home countries will be subject to the standard operating procedures (SOP) framed by the DGS.

The DGS decision was taken on a proposal forwarded by the Shipping Ministry which said that there had been a widespread demand from international maritime organisations, international trade unions, the maritime community and the International Transport Workers Federation (ITWF) to facilitate movement of seafarers of all nationalities, except those on the restricted list. This would allow crew changes on seagoing and domestic coastal vessels.

The International Maritime Organization (IMO) has prescribed SOPs for a crew member to join a vessel or disembark from it and travel to or from their country of residence. The IMO Secretary General had urged member states to implement the SOPs to facilitate crew transfer from their ports and airports.

On 21 April, the Indian authorities allowed the country’s own seafarers to sign off at Indian ports and anchorages by following the SOP. Since then, some 18,581 Indian seafarers have signed-off from Indian ports while another 7,994 have joined seagoing ships.