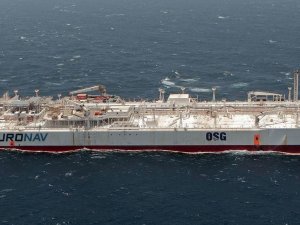 Tanker company International Seaways said that it has entered into a stock purchase and sale agreement to acquire the holding companies for six VLCCs from Euronav NV in connection with the closing of Euronav’s announced acquisition of Gener8 Maritime.

The $434 million transaction is inclusive of assumed debt, and includes five 2016-built VLCCs and one 2015-built VLCC, each constructed at Shanghai Waigaoqiao Shipbuilding Co.

The Company intends to fund the transaction, which is expected to close in the second quarter of 2018, with a combination of available liquidity, the assumption of all or part of the debt that is currently secured by the vessels, which will have an expected outstanding balance of $311 million (as of March 31, 2018), maturing between 2027 and 2028 and carrying a fixed annual interest rate of LIBOR plus 2.0%, and other incremental third-party financing.

The transaction is subject to a number of closing conditions, including (i) consummation of Euronav’s announced acquisition of Gener8 Maritime, (ii) amendment of the Company’s existing credit facility as required to consummate the transaction, on terms and conditions reasonably acceptable to us, (iii) accuracy in all material respects of the representations and warranties, and compliance in all material respects with the covenants and agreements, made by Euronav in the agreement, and (iv) receipt of all required third-party consents, third-party approvals and regulatory approvals.

If the Company is unable to receive the necessary consents from the lenders of its existing term loan with respect to the transaction, the Company has agreed, if Euronav so elects, to purchase the holding companies for the six vessels for the same $434 million purchase price and may or may not assume the debt secured by the vessels.

Euronav would then be expected to repurchase two of the 2016-built vessels from the Company for aggregate consideration of $143 million. Such repurchase may also involve prepayment of all or part of the outstanding debt obligations associated with the vessels and would be subject to certain other conditions.

This news is a total 837 time has been read
Tags: International Seaways Confirms Acquisition of Six VLCCs from Euronav