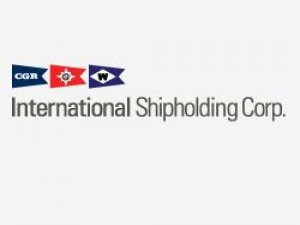 In its financial statement the Corp. shows that the first-quarter net loss reached $4.5 million, which included a $2.8 million derivative loss associated with the refinancing to USD of the outstanding Yen based Facility. Excluding the derivative loss, the loss of $1.7 million for the first quarter of 2015 compares to a $3.2 million loss for Q1, 2014.

The company completed the sale of one Handysize vessel.

Gross Voyage Profit
The Company’s gross voyage profit, representing the results of its six reporting segments, was $11.5 million, for the first quarter of 2015, compared to $10 million in the 2014 three month period. The comparable results by operating segment are shown below.

Outlook
The Company has provided 2015 EBITDA guidance in the range of $55 to $63 million, and 2015 cash outlay on capital expenditures, including dry dock costs, but excluding its investment in its office building in New Orleans, LA, in the range of $35 to $40 million. The Company has eight (8) vessels scheduled to undergo regularly scheduled drydockings in 2015, including three (3) vessels in its Jones Act fleet. The Company’s Board of Directors has set a $0.05 common stock dividend target for the second quarter of 2015 and remains committed to an ongoing dividend policy. All dividend declarations remain subject to the discretion and approval of International Shipholding Corporation’s Board of Directors on a quarterly basis.

This news is a total 6461 time has been read
Tags: International Shipholding Corporation