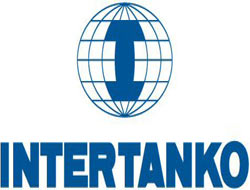 INDEPENDENT tanker owners' group Intertanko has explained the logic behind its controversial claim that the less CO2 will be generated overall if the world fleet switches from residual to distillate fuel.

INDEPENDENT tanker owners' group Intertanko has explained the logic behind its controversial claim that the less CO2 will be generated overall if the world fleet switches from residual to distillate fuel. It appears this claim hinges on the assertion that as other products will be made at the same time as more crude is refined to provide the extra diesel it would not be fair to say that all the CO2 was being generated to produce more diesel.

This logic has been strongly challenged by International Bunker Industry Association (IBIA) secretary general Ian Adams. He told Anderimar Shipping News: ?This ignores the fact that there is no market for these other products. Overproduction of the other fractions from the barrel could lead to price dumping and, potentially, increased use of some petroleum products.?

Intertanko has however redoubled its campaign to make all ships switch to distillate fuel. It claims: ?The proposal that the shipping industry switches to distillate bunker fuel (MDO) according to a timescale that takes into account fuel availability, delivers immediate, real and global reductions in atmospheric pollution (SOx, NOx and PM). It deals with the cause of this pollution rather than the effect ? i.e. rather than limiting the rulemaking development to cleaning up the pollution itself. These are among the reasons that this proposal has been gaining support from a number of IMO states ? including Norway.?

In a statement Intertanko has set out why it believes the switch would not, as critics of the move argue, create more CO2 through the processing of refining more distillate. It argues: ?Looking at this course of action from a holistic point of view, it is environmentally sound, where CO2 emissions from refineries producing additional MDO are overtaken by CO2 reductions from overall ship operations, actually resulting in lower CO2 emissions overall. On the environmental "income" side, the use of MDO is the only solution which gives a CO2 emission saving because it: reduces total fuel consumption for each ship by at least 4%; makes onboard fuel processing, including heating and treatment, redundant (MDO can be put straight into the engine); reduces to a minimum energy consumed for onboard waste treatment (200m tons of residual fuel leaves behind at least 1.4m tonnes of sludge which needs to be incinerated).?

It adds: ?This "income" provides a significant reduction in CO2 emissions to offset against extra CO2 that would in theory be produced in the production of extra low-sulphur MDO. In theory? Yes, because, in a refining process, MDO is only one of many other product yields from the same distillation and refining processes. Refineries do not solely produce MDO; the same production capacity will be used to produce a multitude of other products for all the other transport industries. So the burden of extra CO2 from the refining process should not be laid solely at the shipping industry"s door.?

This news is a total 572 time has been read