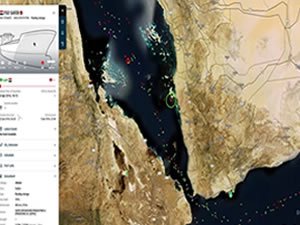 FSO SAFER has been in the news lately. The reason: IMO's assessment concluded with high oil spill risk from the decaying oil tanker.

Iran backed Houthi rebels control Yemen's Northwestern coastline. All efforts made by the UN to assess and stabilize the deteriorating FSO has been postponed due to the rebels.

November 2020 saw the UN and Houthis reaching a common ground regarding inspection and maintenance of the vessel. Immediately after this, UN officials were reportedly being denied security cover with the Houthis reconsidering the agreement.

Located approximately 4.8 nautical miles off the coast of Yemen, the vessel was initially built in 1976 as an Ultra-Large Crude Carrier (ULCC), up until it was converted into a Floating Storage Unit (FSO) in 1986.

Before the military conflict in Yemen escalated in 2015, the vessel was receiving, storing, and exporting oil from Yemen's Marib oil fields.

The conflict has forced Safer Exploration & Production Operation Company (SEPOC), Yemen's National Oil Company, and the owner of the vessel to cease all operations. However, an estimated 150,000 MT (nearly 1.1 million barrels) of crude was left onboard the FSO.

This 1.1 barrel represents a figure higher than the Exxon Valdez incident in 1989, which caused the death of 250,000 seabirds, 2800 otters, and 22 killer whales, among known documentation.

What's more is, the vessel is undergoing rusting in the absence of proper maintenance for 6 years and more. Her cargo pumps, having shut down for such a long period are believed to be inoperable.

The UN Security Council took notice of this delicate matter and urged a sustained endeavor in getting an assessment team on site, in spite of Houthi reluctance.

But fighting between the Iran-backed Houthis and Yemeni government-allied troops backed by Saudi and UAE has been raging in the neighboring port of Hodeidah, a big setback for guaranteeing safety of the UN team.

UN spokesman Stephane Dujarric said, "In order to facilitate the leasing of technically equipped service vessels, which are required for the mission, we have requested the Houthi de-facto authorities to provide a letter with security assurances. We regret that, to date, we have not received a response to our multiple requests for this letter, the lack of which would increase the cost of the mission by hundreds of thousands of dollars."

This news is a total 3769 time has been read
Tags: Iran backed rebels interfere with UN mission to save decaying tanker