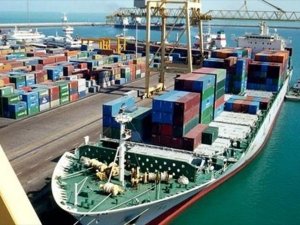 Iranian authorities have rejected reports suggesting that ships carrying imports of food and grain have been stuck outside two main ports in southern Iran simply because American sanctions on the country are creating payment problems.

According to Press TV, a senior government official in the Southern Iranian Province of Khuzestan confirmed on Thursday that ships carrying basic goods were waiting for discharge outside Imam Khomeini Port, Iran’s main port for goods, but he insisted they had been stuck because of increased import activity at the port.

The comments came after the Reuters news agency claimed in a report that at least 20 dry bulk ships carrying around one million tons of grains were waiting outside Imam Khomeini Port for unloading. It said other vessels had waited for weeks for their cargoes to be processed in the port and in Bandar Abbas, another major cargo port on the Persian Gulf.

However, the government source ruled out payment issues and said that the ships remained anchored mainly because there have been changes to Iran’s import polices as the country seeks to increase inventories of basic goods and foods to cope with the sanctions.

“Assume that storage capacity in this port has been nearly three million tons but currently around six million tons of basic goods have entered this port,” the official told Tasnim news agency, adding, “It is obvious that some ships should wait for discharge.”

Iranian authorities said in August that imports for basic goods and foodstuffs have significantly increased this year amid efforts to offset the impacts of the American sanctions.

This news is a total 238 time has been read
Tags: iran, sanction, usa