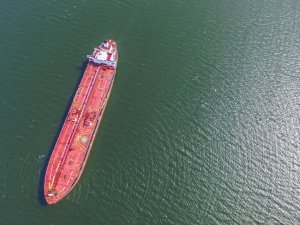 Iran’s exports of oil to China, Europe and other countries will decline later this year and into 2019 if the United States can enforce President Donald Trump’s decision to reimpose the “highest level” of economic sanctions targeting oil trade with Iran.

Refining company sources said Asia’s petroleum refiners have shifted purchases to other exporters in preparation for the renewal of U.S. sanctions against OPEC member Iran, which currently exports about 2.5 million barrels of oil a day, with China, India and other Asian nations the primary customers.

Trump on Tuesday announced the withdrawal from the Iran deal, which was struck between major world powers and the Middle Eastern nation in 2015, and the renewal of sanctions to the “highest level” on Tehran.

The deal had limited Iran’s nuclear ambitions in exchange for removing joint U.S.-Europe sanctions against the Middle Eastern country.

Iran now produces about 3.8 million barrels per day (bpd), accounting for about 4 percent of world supply. Any decline in shipments would not be immediate, as sanctions would not come into effect for 180 days.

U.S. allies in Europe on Tuesday said they were looking to find ways to preserve what was left of the agreement.

European and Asian importers may, however, soon find themselves faced with the choice of doing business with the United States or Iran. “We think everyone is going to scramble to call the White House and get an exemption,” McNally said.

The trajectory of sales could match what happened after tough Western sanctions were put in place in early 2012. Then, Iran’s foreign sales fell to just over 1 million bpd, with the majority coming from four buyers – China, India, Japan and South Korea.

Currently, the biggest buyer of Iran’s crude is China, whose imports peaked at about 900,000 bpd in mid-2016 but have dropped to around 600,000 bpd in 2018, according to Thomson Reuters ship tracking data.

Chinese refiners said Iran currently had a relatively small share in its supplies, and alternatives would be easy to find in Russia, Saudi Arabia, West Africa and the United States.

International oil prices hit their highest since late 2014 this week on worries that revived sanctions would tighten global supplies. Moody’s Analytics said sanctions would reduce Iranian production by about 400,000 bpd.

The United States may struggle to enforce sanctions against Iran to the same level as earlier in the decade. Then, the European Union’s support for the United States’ measures made it difficult for refiners to transport and purchase crude.

This time, European countries do not support U.S. policy. The governments of France, Germany and the United Kingdom all said on Tuesday they wanted to stick to the deal and urged the U.S. not to obstruct that.

“What made the multi-lateral sanctions enforced during the Obama era so effective was precisely the fact that they were multi-lateral, whereas President Trump’s sanctions are not,” wrote Chris Lafakis, Moody’s chief economist.

Some refiners in Japan and South Korea said they had already taken measures to prepare for potential new curbs on Iranian supplies by shifting to alternatives.

A source with a Korean petrochemical company said that the main problem for Korean importers was finding equivalent oil specifications for Iran’s supplies.

Refiners are designed to use specific qualities of crude, and Korean facilities are geared for Iranian condensate, a super-light form of crude. While there are alternatives, including from the United States or Qatar, specifications and prices vary.

“We can source from Qatar, depending on price,” the source said. “In the case of U.S. light crude, it’s not that economical to use at the moment and doesn’t fit well with Korean facilities.”

During the last round of sanctions, India enjoyed waivers that allowed it to continue to import limited amounts of Iranian oil under certain fiscal restraints, including paying Iran in India’s rupee instead of the U.S. dollar.

“The impact (of potential new sanctions) in India will be there, but not so high,” said R Ramachandran, head of refineries at Bharat Petroleum Corp, a major state-owned oil firm.

Iran is the third-largest producer in the Organization of the Petroleum Exporting Countries (OPEC). The top producer in the group, Saudi Arabia, would work with other OPEC and non-OPEC producers to lessen the impact of any shortage in oil supplies, a Saudi energy official said on Wednesday.

Inventories in major developed nations have fallen sharply in the last year-and-a-half to 2.85 billion barrels, slightly above their five-year average, after OPEC and non-OPEC producers such as Russia cut supply at the beginning of 2017 to end a global glut. Now, some market participants say the market could tighten dramatically after years of oversupply.

“I think we’re going to $80 next year for (U.S. oil),” said Eric Nuttall, partner and senior portfolio manager at Ninepoint Partners in Toronto. “We see inventories reaching a 10-year low by the end of this year.”

This news is a total 3777 time has been read
Tags: Iran Oil Exports to Europe, Asia At Risk with Trump’s Decision