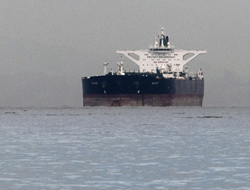 Irans nuclear deal with the West is not intended to let more of its oil into the market, the White House said, but an easing of the ban on European shipping insurance may help smooth crude exports to its big Asian customers.

Iran and six world powers reached a deal early on Sunday to curb Tehran’s nuclear programme in exchange for limited sanctions relief. U.S. and European Union sanctions that prevent energy companies from investing in Iran, and have slashed Tehran’s oil exports from 2.5 million barrels per day (bpd) to around 1 million bpd, remain in place.

“In the next six months, Iran’s crude oil sales cannot increase,” a fact sheet posted by the White House on the U.S. State Department’s website on Sunday said.

“Under this first step, the EU crude oil ban will remain in effect and Iran will be held to approximately 1 million bpd in sales, resulting in continuing lost sales worth an additional $4 billion per month, every month, going forward.”

In addition to having to reduce their purchases to win waivers from U.S. sanctions, Iran’s big oil customers in Asia have been put off importing even permitted volumes because of difficulties getting insurance for shipments.

India’s imports from Iran also dived in the first nine months of this year as refiners cut purchases because European reinsurers added a clause that could mean claims arising during the processing of Iranian oil would not be met.

But a senior western official said on Sunday that some relief on EU sanctions on oil shipping insurance was included in the deal.

Kevin Book, Managing Director at ClearView Energy Partners in Washington, said the apparent easing on insurance could provide for an increase of 200,000 to 400,000 bpd in Iranian exports, particularly to Indian refiners.

He also noted that the White House’s mention of a 1 million bpd limit was much higher than a recent estimate that Iran exported some 715,000 bpd in October, suggesting that the deal could mean a 285,000 bpd supply boost “relatively quickly.”

www.turkishmaritime.com.tr
This news is a total 1491 time has been read