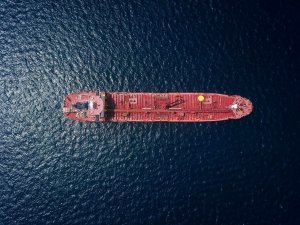 Iran has seized another tanker in the Persian Gulf due to alleged smuggling of diesel fuel, according to Iran’s semi-official Students News agency ISNA.

The undisclosed vessel was reportedly smuggling 250,000 liters of diesel fuel to the United Arab Emirates when it was detained by the country’s Revolutionary Guards.

ISNA noted that the tanker was detained near the Greater Tunb island in the Gulf. The ship’s crew have been handed over to legal authorities in the southern Hormozgan province.

The move comes on the back of Iran’s increased efforts to curb fuel smuggling by land to neighbouring countries and by sea to the Gulf states. Earlier this month, the country’s coast guard seized a vessel for smuggling fuel in the Gulf and detained its 12 Filipino crew members.

In July, Iran seized the UK-flagged Stena Impero near the Strait of Hormuz for alleged marine violations. Iran’s Foreign Ministry spokesman, Abbas Mousavi, on Monday noted that the tanker would be released soon.

The reported detention also occurred amid raised international tensions due to an attack on a major Saudi Arabian oil installation that happened over the weekend. Yemen’s Iran-aligned Houthi movement claimed responsibility for the strike, while the United States blamed Iran itself for the incident. Iran denied the accusation, according to Reuters.

This news is a total 1593 time has been read
Tags: Iran, Smuggling, Tanker.