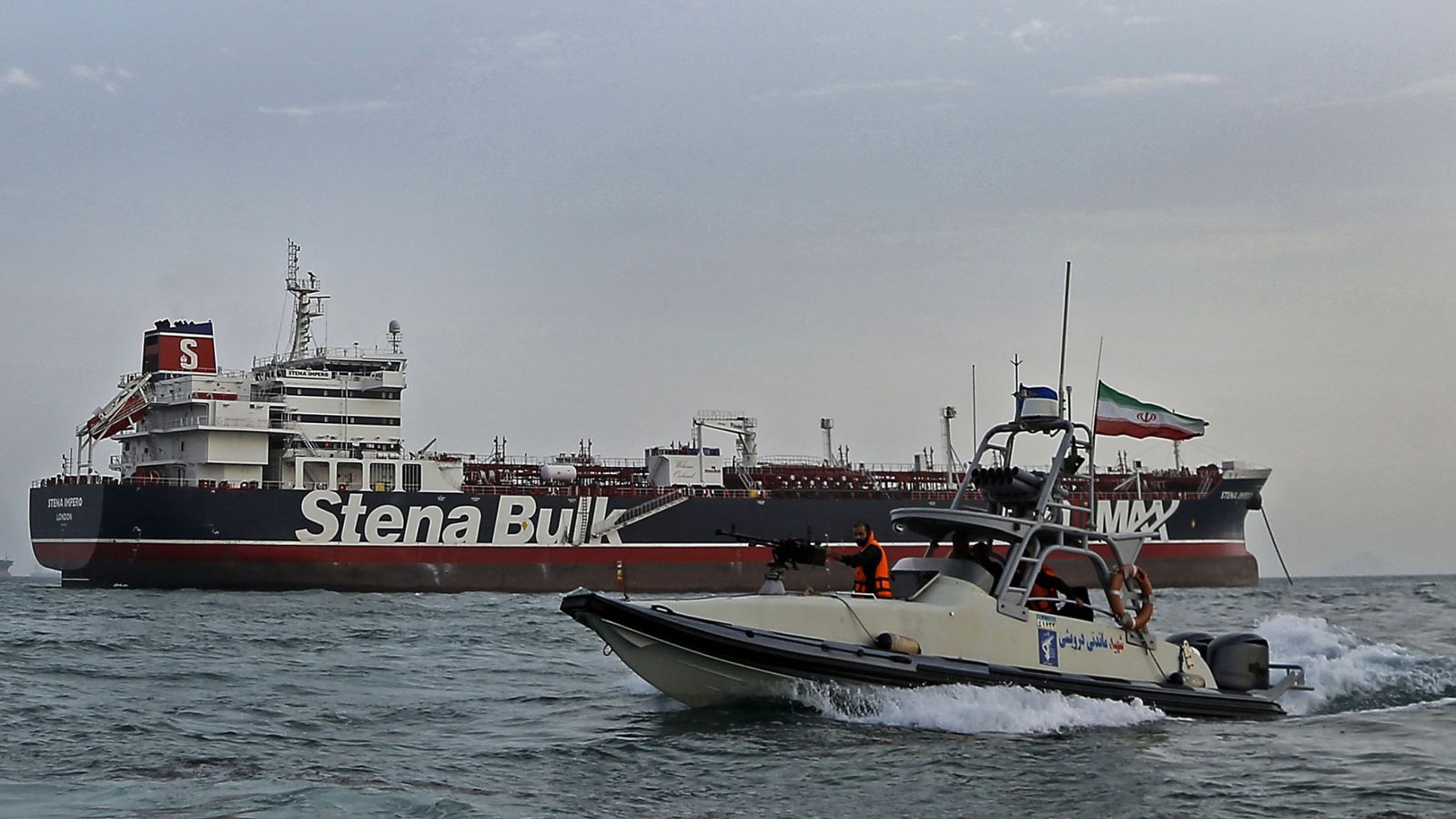 ranian officials have not revealed who bought the ship's cargo, only confirming that it has been sold.

The vessel switched off its Automatic Identification System (AIS) - its tracking beacon - on Monday afternoon, according to the ship-tracking website MarineTraffic.com.

At its last report, the vessel, which is being pursued by the US, was 45 nautical miles (83km) off the coast of Lebanon and Syria, heading north.

US Secretary of State Mike Pompeo said intelligence suggests the vessel is heading to the Syrian port of Tartus - a short distance from its last-known position.

The US alleged in federal court that the ship is owned by Iran's Revolutionary Guard, a paramilitary organisation answerable only to Supreme Leader Ayatollah Ali Khamenei.

America recently described the Revolutionary Guard as a terrorist organisation, giving it greater power to pursue seizing its assets.

US President Donald Trump withdrew America from the Obama-era accord last year and reimposed sanctions on Iran.

Iran's vital crude oil sales have plummeted by more than 80% as a result. 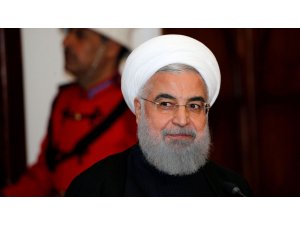 In May, Mr Rouhani said Iran would pull out of some of its commitments under the deal and increase the level of its uranium enrichment if new and better terms with world powers were not reached in 60 days.

However, on Wednesday, he gave the remaining signatories of the nuclear deal - Britain, China, the European Union, France and Germany - another two months to save the pact.

At the same time, state television said Iran had rejected the EU countries' offer of $15bn (£12.3bn) in credit lines until year-end if Tehran returned to full compliance.

Instead, Iran would continue to breach the deal and accelerate its nuclear activity. 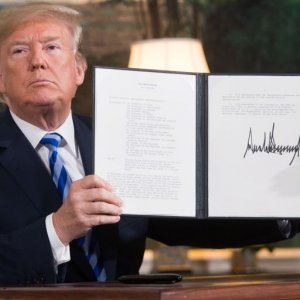 "The third step [in reducing Iran's commitments] will be the most important one and it will have extraordinary effects," Mr Rouhani said.

The 2015 nuclear deal limits Iran to enriching uranium to 3.67%, which can fuel a commercial nuclear power plant.

Weapons-grade uranium needs to be enriched to around 90%.

However, once a country enriches uranium to around 20%, scientists say the time needed to reach 90% is halved. Iran has previously enriched to 20%.

The European powers have been working to save the nuclear deal to bring Iran back into the international fold and prevent it from developing a nuclear bomb.

Iran has repeatedly said its nuclear programme is for electricity generation and other peaceful purposes.