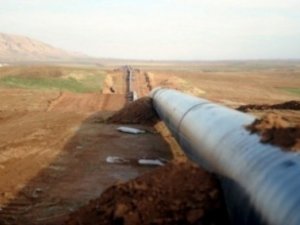 Ramezani said Iran can raise its gas exports to Iraq from 25 to 35 million cubic meters (mcm) a day after completing a gas pipeline project.

The 270-kilometer pipeline that runs from Iran’s western province of Kermanshah to the town of Naft Shahr on the border with Iraq was completed in late August, and is ready to supply 5 mcm of gas per day initially.

However, this amount is planned to reach 10 mcm a day once it is linked to Iran’s gas trunk lines (IGATs) that is fed from the gas-rich South Pars gas field.

Iran is expected to earn $3.7 billion a year in revenue from its gas exports to Iraq, according to SHANA.

The gas is planned to be delivered to Iraq's city of Basra to generate electricity during summer months, Ramezani said.

Iraq has rich oil resources and is one of the biggest oil producing countries in the world. But, it exports most of its oil output to generate revenues for its basic needs. Currently, the country is struggling with an economic crisis, high number of refugees and the fight against Daesh militants.

This news is a total 3815 time has been read
Tags: iran, iraq, natural gas, export, increase