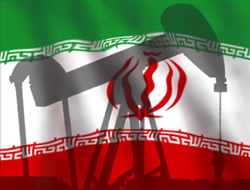 Iran plans to halt diesel imports from next month as it uses rising gas production to generate more power.

Iran plans to halt diesel imports from next month as it uses rising gas production to generate more power.

Iran plans to halt diesel imports from next month as it uses rising gas production to generate more power, a top Iranian official said on Tuesday. The world"s fourth-largest crude exporter had made no allocation for buying diesel in the budget for the calendar year starting on March 21 as Tehran expects new gas output to meet power needs, Ali Asghar Arshi, executive director for international affairs at National Iranian Oil Co (NIOC) told.

?We will substitute with gas from our network,? Arshi told Reuters. ?Because we now have new production from South Pars... and other fields.?

In the first three months of this year Iran imported as much as 5 million barrels of diesel, or around 55,0000 barrels per day (bpd), traders and analysts said.

South Pars, the world"s largest pure gas reservoir, is shared with Qatar. Iran has developed the field in phases and started two more earlier this month.

Daily output from the two phases would total 50 million cubic metres, according to reports in domestic media.

In 2007 the country"s consumption of diesel was about 550,000 bpd, according to FACTS Global Energy.

Iran had taken advantage of cheaper prices to build inventories earlier this year, storing as much as 2 million barrels of gas oil on ships.

Arshi said Iran had drawn down those inventories and would not continue stockpiling the fuel.

?Because of the budget we can"t buy gas oil. We have now one (ship) floating outside Kharg Island,? Arshi said.

He said the volume in storage was around 590,000 barrels.

The OPEC member also signed a deal sometime between late December and early January to buy about 3 million barrels of gas oil from Singapore trader Hin Leong. The deal expired in March.

?There doesn"t seem to be any sign in the market that they have renewed a contract to continue receiving supplies from Hin Leong,? said an Asian based distillates trader familiar with the deal signed with Hin Leong.

Iran"s ambitious attempt to wean itself off reliance on diesel imports for power generation could be short-lived as demand for gas across the country continues to swell, some analysts said.

?There will still be competing demand coming from residential and their petrochemical sector,? said Al Troner, managing director of Asia Pacific Energy Consulting.

?Prices for residential gas is dirt cheap, and you have to think that this is going to continue to keep demand robust.?

Initial production for South Pars phases 6-8, when online, is expected to equal about 100,000 barrels of oil equivalent per day, Raja Kiwan of PFC Energy said.
?Given Iran"s diesel imports of around 50,000 to 60,000 bpd implies that there would be ample gas for substitution,? Kiwan said.

?Given the robust demand growth for gas, supported by generous subsidies, the halt in (diesel) imports may be temporary as supply constraints re-emerge later on.?

This news is a total 1916 time has been read