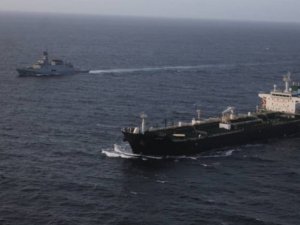 The Iranian product tanker Fortune is approaching the 12-nm boundary of Venezuela's territorial seas, bringing her controversial journey to a close.

The Fortune and four other tankers - the Forest, Petunia, Faxon and Clavel - are carrying fuel from Bandar Abbas to Puerto Cabello, according to Venezuelan state media. Venezuela was once a prolific producer of crude oil with a refining infrastructure for making its own gasoline and diesel - so much of it that state-owned PDVSA was able to distribute fuel to the Venezuelan public at retail prices approaching zero. However, years of mismanagement and sanctions have greatly reduced Venezuela's refining capacity, and fuel shortages are routine.

In order to offset shortages, the government of Venezuelan President Nicolas Maduro has ordered fuel from another sanctioned oil producer - the Islamic Republic of Iran. Under stringent U.S. sanctions, Iran's oil exports have plummeted, and longtime customers have turned to other suppliers. That trend is expected to accelerate now that oil costs less in general, leaving a smaller price advantage for buyers who purchase riskier but cheaper Iranian crude. Fuel exports to Venezuela - which has nothing to lose from sanctions - give Iran another much-needed income stream. (The U.S. believes that Venezuela is paying for the shipment in gold.)

Venezuela and Iran have both warned the United States not to interfere with the shipment. "If the Americans cause problems for our oil tankers in the Caribbean Sea, we will also cause problems for them," said Iranian President Hassan Rouhani in a recent diplomatic call.

Venezuelan state oil company PDVSA holds a major stake in the U.S.-based refiner Citgo, which is perhaps the nation's most valuable financial asset. In 2018, Citgo's parent company lost a case brought by Canadian gold mining company Crystallex, which sought to seize Citgo shares in order to pay a multi-billion-dollar arbitration award owed by the Venezuelan government. Citgo lost again on appeal in 2019, and last week the U.S. Supreme Court opted not to hear the case, leaving the judgement intact.

In order to proceed with the seizure, Crystallex will likely need a waiver from the U.S. Treasury, as most transactions involving PDVSA are currently forbidden under the U.S. sanctions regime. If it is successful, it is expected to open the door to further suits targeting Citgo shares as compensation for unpaid Venezuelan government debt.

This news is a total 510 time has been read
Tags: Iranian Tankers Approach Venezuela