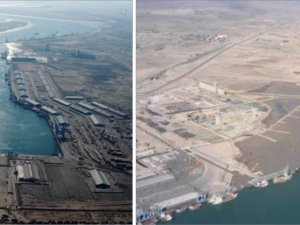 Iraqi protesters numbering in the thousands blocked all the roads leading to Iraq’s main Gulf port Umm Qasr on Saturday November 2nd in response to security forces using live rounds and tear gas on them overnight.

Port operations apparently had come to a halt since Wednesday, after protesters first blocked its entrance on Tuesday October 29th.

Trucks carrying goods have been prevented from entering or leaving the port. Some international shipping lines have halted operations because of the port’s closure, port officials said.

Protesters on Saturday burned tyres and set up concrete blocks. At least 30 people were reported injured.

Port officials said last week that they were holding talks with protesters to permit the port to resume normal operations.

This news is a total 352 time has been read