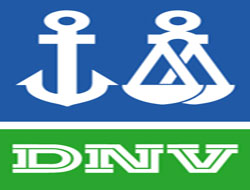 International Organization for Standardization (ISO) will publish the new edition of ISO 9001 Quality management systems before year end. No new requirements are introduced in ISO 9001:2008.

More than one million companies are certified in 170 countries

International Organization for Standardization (ISO) will publish the new edition of ISO 9001 Quality management systems before year end. No new requirements are introduced in ISO 9001:2008.

?Due to the modest changes the transition process will not require major additional efforts for organisations already certified to ISO 9001:2000? says Tor Gunnar Tollefsen, he is the global product manager for management system certification in DNV.

ISO 9001 is by far the most used and well-known standard for quality management systems in the world. More than one million companies are certified in 170 countries. The last update of the standard came in 2000.

-Some useful clarifications to existing requirements

Validity and transition of certificates

DNV will follow the rules jointly set by ISO and the International Accreditation Forum (IAF) for the transition:

-Certification of conformity to ISO 9001:2008 or its national equivalents will only begin after the new standard has been officially published, and after a periodic audit or re-certification audit against ISO 9001:2008.

Transition can be done during any scheduled periodical or re-certification audit in the 24 months period.

?However, DNV recommends the transition to be carried out during a re-certification to avoid extra certificate administration and costs,? says Mr Tollefsen.

?DNV will proactively inform our customers on the key changes and practicalities for transition,? says Mr Tollefsen, ?our auditors and local units are able and willing to assist if there are questions or issues needed to be discussed?.