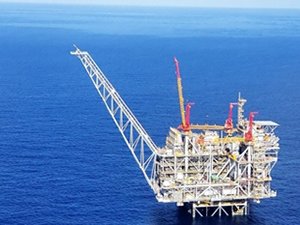 According to Israel's Ministry of Environmental Protection, Noble's Leviathan gas platform obtained a permit to discharge process water into the sea when it began operating in December 2019. However, tests conducted by the agency's marine unit found that Noble Energy violated some of the conditions in the discharge permit in the first five months after startup. The violations included breaches of a requirement to report deviations to the ministry's inspectors.

The ministry's top supervision official pursued financial sanctions against Noble under Israel's Prevention of Sea Pollution from Land-Based Sources Law, and after a series of hearings, the agency issued a $1.1. million fine.

"Chevron must learn the lessons from Noble Energy's blatant violation. We will not allow giant companies to endanger the public. The national unit for marine environmental protection in my office closely monitors all facilities and activities at sea in Israel . . . The policy is clear - the polluter pays," said Minister of Environmental Protection Gila Gamliel in a statement.

Leviathan has run afoul of Israeli regulators several times in its first year of operation. In August, an independent investigator commissioned by the ministry found that the rig's operators were unaware of the serious danger posed by a large gas leak that occurred on May 2. Platform staff appeared unaware of industry-standard accident investigation procedures and had difficulty finding the firm's own hazard assessment materials, the investigator reported.

In May, the ministry faulted Leviathan for failing to keep track of its flare stack emissions. The rig is just six miles off the coast, and residents had complained about the frequency of the platform's flaring. At the time, Noble asserted that since the start of the platform's operations, "there has not been a single occurrence in which the environment has been harmed."

Noble's stakes in the giant Tamar and Leviathan gas fields are a key part of its development portfolio, and were among the primary motivating factors for Chevron in its acquisition.

This news is a total 2602 time has been read
Tags: Israel Fines Noble Energy for "Blatant Violation" of Discharge Rules