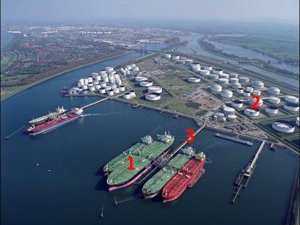 Bunker fuel at Istanbul, Turkey, hit a nine-month high Thursday on a strong regional benchmark, with its premium over Novorossiisk, Russia, also the highest since mid-January on falling Black Sea prices.

S&P Global Platts assessed 380 CST high sulfur fuel oil at the Turkish port at $350/mt delivered Thursday, a $5/mt rise on the day and its highest since January 17.

Prices at Novorossiisk have been supported in recent weeks by tight availability with maintenance works at Russian refineries and a prolonged road building season boosting buying interest for bitumen. These combined to limit availability of fuel oil in Russia.

Deliveries to the Black Sea by rail and river were subject to delays through September, prompting fuel oil prices to stay high.

While delays in deliveries to Novorossiisk have been abating in recent days, availability may remain relatively tight until October, suppliers said.

This news is a total 1114 time has been read
Tags: Istanbul bunker fuel price reach nine-month high over Novorossiisk