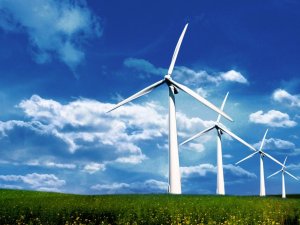 The new wind plant is likely to provide electricity to 280,000 families in Turkey.

Istanbul will soon have Turkey's biggest wind power plant capable of generating around 800 gigawatt of electricity annually, an energy company’s report has revealed.

The Universal Wind Energy A.Ş. company wrote in an investment report released last week that it would construct the wind power plant in the city’s Catalca district. The plant would include 88 wind turbines to generate around 770,800 gigawatt hours of electricity every year.

In its Environmental Impact Assessment report, the company said the electrical switching plant as well as the wind turbines would be located in the waysides of a forest land.

The plant is expected to cost $1,350 million and would employ 45 people for construction and operation.

An average family consumes 230 kilowatt of electricity annually. The new wind plant is likely to provide electricity to 280,000 families in Turkey.

This news is a total 909 time has been read
Tags: Istanbul, Turkey, The Universal Wind Energy A.Ş.