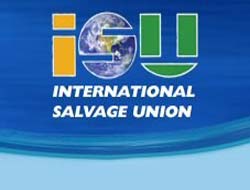 THE International Salvage Union has welcomed the International Maritime Organization?s adoption of Guidelines on the Control of Ships in an Emergency.

THE International Salvage Union has welcomed the International Maritime Organization"s adoption of Guidelines on the Control of Ships in an Emergency.

The Guidelines, adopted by the IMO"s Maritime Safety Committee, were considered by the ISU"s Executive Committee. ISU President Arnold Witte said: ?These Guidelines are a significant contribution to marine casualty management. They promote a clear chain of command and, most importantly, they also clarify issues related to the fair treatment of seafarers involved in marine incidents.

?Our members" salvage teams often work in waters controlled by jurisdictions which appear to support the criminalisation of shipping accidents. We wholeheartedly support the new IMO Guidelines, which state specifically that a State exercising its powers should ensure that "... the Master of the ship, the company and any salvage team involved are told clearly what degree of responsibility remains with them and what limitations are being placed on their freedom of action..."?

The Guidelines call on the Master to cooperate with the Salvage Master ?to the maximum extent?. The Coastal State should allow the salvor access to the casualty. In addition, the salvor ?should ensure that the salvage plan and actions represent the best environmental option for the company and the Coastal State(s) concerned.?

Arnold Witte adds: ?The ISU has long stressed the importance of identifying, at the earliest opportunity, the best environmental option. This can be achieved only by frank disclosure from the company and Master. An expert assessment by the salvor, followed by an immediate focus on an effective environmental solution, is the most effective tactic for pollution prevention or mitigation.

?There are situations when the salvor"s duty to use his best endeavours to recover property and protect the environment can conflict. This is a sensitive area requiring emergency response experience combined with close attention, prompt action and decision under pressure. Certainly, it is one of the reasons why the ISU has proposed the introduction of Environmental Salvage Awards, to ensure salvors" remuneration is evaluated on a fair and equitable basis, reflecting both responsibilities under Lloyd"s Form and The Salvage Convention, 1989.?

This news is a total 945 time has been read