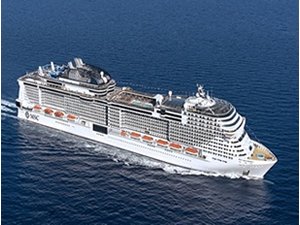 These moves come, however, as Italy stalled the efforts of one cruise line to restart operations and as new outbreaks of COVID-19 threaten to undermine the cruise industry’s steps to resume operations.

Two of Italy’s largest cruise operators confirmed that they are moving forward with plans towards resuming cruise operations. These moves come, however, as Italy stalled the efforts of one cruise line to restart operations and as new outbreaks of COVID-19 threaten to undermine the cruise industry’s steps to resume operations.

While detailing its new health protocols, MSC Cruises also announced its initial plans for resuming cruise operation in Europe. The company said it is preparing for a potential restart in the Mediterranean before the end of the summer initially for travelers who are residents in Schengen countries. According to MSC, the restart is being designed to reduce, where possible, the need for guests to use public transport or flights, and would focus on port accessibility.

Working with the local authorities, MSC Cruises said it plans to relaunch service with two large cruise ships, the 181,500 gross ton MSC Grandiosa, which normally accommodates up to 6,300 passengers and the 95,000 gross ton MSC Magnifica, which has a capacity of 3,200 passengers. To provide additional space, MSC said it was calculated for social distancing using 70 percent of the overall capacity of each ship.

The itineraries that are planned include Greece and Malta where MSC says the authorities have not only re-opened their ports to cruising but where they have approved the health and safety protocol to support restarting cruise operations. The plan calls for the MSC Grandiosa to offer 7-night cruises in the Western Mediterranean while the MSC Magnifica would cruise in the East Mediterranean. The departure dates, however, for the cruises still needs to be determined with the relevant authorities.

Costa Cruises also provided details on its planned health protocols as it also prepares to resume cruises. The company did not offer specific details but talked about its planned onboard precautions. They also outlined a series of steps required to return crew to its ships. Costa said it would pre-screen each crew member in their own country of origin, including two different swab tests for evaluation of suspected COVID-19 cases. Upon arrival in Italy, the crew would be tested a third time. Only crew members who were confirmed as negative would be allowed onboard the ships and then undergo a further 14-day quarantine. In addition, Costa said the crew’s health conditions would be monitored with temperature checks every day and swab tests for all of crew members every month.

The precautions for testing and getting crew safely onboard has been one of the challenges for the cruise lines. According to reports in the Italian media, some of the first crew members Costa brought back to staff its cruise ships have tested positive for the virus prompting the Costa Favolosa and the Costa Deliziosa to both go back into lockdown for their crew members.

While the cruise lines have been anticipating the approval to resume operations it is unclear how soon the Italian authorities might permit cruising to begin. Although AIDA markets to Germany-speaking customers, its ships are registered in Italy as the company is part of the Costa Group within Carnival Corporation. AIDA had planned to resume cruise operations sailing from Germany on August 5 but announced that it has not yet received approval for these cruises to begin operating.

The timing for Italy’s approval to resume cruising may be further complicated by the unfolding developments. Faced with the COVID-19 outbreak on Hurtigruten’s cruise ship, Norway announced an initial 14-day suspension for cruise ships with more than 100 passengers from entering its ports. Similarly, in Tahiti the cruise ship Paul Gauguin has also been reported in quarantine after a case of the virus was found onboard.

While many observers had been hopeful that the cruise lines were beginning to resume operations others are now starting to believe that it might have been a false restart that will set back the industry’s efforts.

This news is a total 1472 time has been read
Tags: Italian Cruise Lines Plan Restart Despite Growing Uncertainties