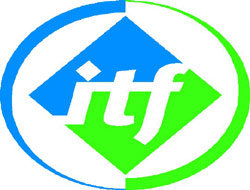 THE International Transport Workers' Federation (ITF) and its affiliate unions have started a week of action that will visit and inspect vessels across Northern Europe.

THE International Transport Workers' Federation (ITF) and its affiliate unions have started a week of action that will visit and inspect vessels across Northern Europe.

The ITF says its officials , dockers and union volunteers will investigate ships “irrespective of whether they are flying a national flag or flag of convenience, in order to establish and enforce decent conditions onboard”.

The ITF says: “The week long operation will check conditions, recover owed wages, put vessels under ITF agreements that protect vulnerable workers, and more. It will also include a particular focus on three areas: CSAV ships; Leonhardt and Blumberg ships and ferries and ro-ros operating in the Irish Sea.”

The action, which started today and is set to continue to Friday, is expected to cover most northern European countries and Scandinavia.

Steve Cotton, ITF Maritime Coordinator, said: “This is a new kind of week of action. It’s an intensive, week long offensive that also adds these three distinct elements into the objectives of securing labour rights and quality shipping. It stands firmly alongside our long running campaigns but also gives everyone involved a chance to show what they can do.”

This news is a total 606 time has been read