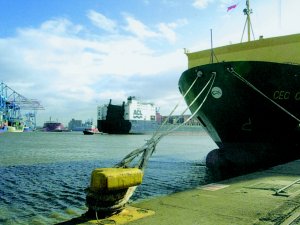 International Transport Intermediaries Club (ITIC) says fraudulent diversion of funds is on the increase in the maritime sector.

Having previously issued a warning about the fraudulent diversion of port expenses, ITIC says it is now seeing evidence of similar frauds being perpetrated across the wider marine industry.

In a typical such fraud, the party due to make a payment will receive a bogus message altering the recipient’s bank details. Examples have included the diversion of ship agents’ disbursements accounts. Ship managers are also among those who have been targeted.

The email addresses used by the fraudsters are only very slightly different to the genuine ones – perhaps a single letter being omitted.

“Any message changing account details should be regarded with suspicion, and steps taken to secure independent verification of instructions,” says ITIC, noting that it is very difficult to spot these differences.

“By way of example, one shipbroker managed to frustrate an attempt to divert monthly hire payments by telephoning an owner’s accounts department to verify whether or not a request to forward funds was genuine. It wasn’t. The check should not involve replying to the suspect email, but rather using a different channel of communication or, at the very least, re-entering the email address copied from a message known to be genuine.”

This news is a total 6631 time has been read