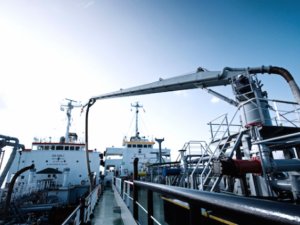 A Jamaican government agency has announced that initial investigations of oil spills in Kingston Harbour last month point mainly to bunkering activities as the cause, according to The Gleaner.

The country’s National Environment and Planning Agency (NEPA) says two of the spills between November 24 and 26 were attributable to operational accidents during bunkering, which is the term for refuelling of ships.

A third incident came from a shore-based facility, the report says. All three spills were in the Newport East area of the harbour.

While not identifying the parties involved in the bunkering incidents, the NEPA said it is in legal talks with those parties. The agency pointed out that another state body, the Natural Resources Conservation Authority (NRCA), has the right to recover costs of reducing the spills’ environmental impact.

NEPA’s mission is to promote sustainable development by ensuring protection of the environment.

This news is a total 1198 time has been read
Tags: Jamaican agency blames bunkering accidents for oil spills in Kingston Harbour