Japan’s ONE Alliance ‘Plays it Safe’ with Inaugural Service Network 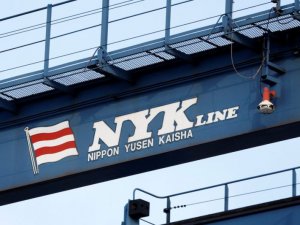 Alphaliner’s analysis of Ocean Network Express’s Day ONE service network from April 1 – outside THE Alliance – reveals only “minor changes” to the current offerings of Japanese carriers K Line, MOL and NYK.

“The Africa and Oceania routes will see no changes, with all current 3J service coverage retained,” said the consultant.

It added that ONE’s coverage of the Latin American trade would also be “largely retained”, with the exception of a new service from Asia to Central America and the South American west coast.

This is due to the restructuring on the tradelane caused by Maersk Line’s acquisition of Hamburg Süd. ONE has announced three new weekly loops deploying 34 vessels of 6,000-13,000 teu.

Alphaliner said the main changes in the new ONE network would be on its intra-Asia network, where overlaps would see “services being consolidated”.

The analyst expected the rationalisations to be limited to slot charters on third-party carriers and Alphaliner does not anticipate “any significant removal of existing 3J tonnage”. This will be welcome news for shipowners expecting to see a number of ships returned after the three carriers merged.

But with rivals ready to pounce on any weakness in the ONE debut network, the commercial teams in the new entity would appear to have won their first battle with the operations and vessel planners.

Nevertheless, in the mid-to-longer term, the operational synergies will be more closely aligned to the strategy of the ONE business plan to achieve a saving of $440m in the first fiscal year – ending 31 March 2019 – and thereafter $1bn a year.

“During the period preceding the official commencement of ONE on 1 April, there will be up to four companies operating on the same service,” said Alphaliner.

ONE began accepting bookings on 1 February for vessel departures in April, and initial reports to The Loadstar from customers is that the transition is being handled with little disruption or confusion.

The Loadstar understands that most of the key commercial contacts from K Line, MOL and NYK are being retained in ONE to offer customers continuity. This will be particularly important for the Japanese trading house behemoths that have supported the individual carriers for decades.

It would appear that the cost savings required to meet the $1bn a year target will mostly come from operational and back office staff redundancies, along with a reduction in and consolidation of port agencies, commercial feeders and service provider fees and cuts to stevedoring rates.

This news is a total 697 time has been read
Tags: Japan’s ONE Alliance ‘Plays it Safe’ with Inaugural Service Network