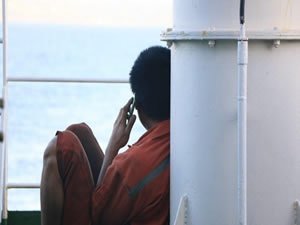 As one of the world’s most prominent entrepreneurs, you have unparalleled influence, which we hope you will use to join us in pushing public recognition of seafarers as key workers

Shipping bodies BIMCO, Intercargo, International Chamber of Shipping (ICS) and Intertanko have jointly penned a letter to Amazon boss Jeff Bezos, ahead of today’s mammoth annual Black Friday sales frenzy, urging him to use his influence as a leading retail entrepreneur with a business that relies upon global shipping to take a stand over the 400,000 seafarers stranded at sea, unable to get home thanks to pandemic travel restrictions.

“As one of the world’s most prominent entrepreneurs, you have unparalleled influence, which we hope you will use to join us in pushing public recognition of seafarers as key workers, and champion the cause at the highest levels of government, including in the United States with the incoming Biden administration,” the shipping bodies wrote in the letter.

At a roundtable meeting of the four shipping bodies, the top agenda was the continued lack of international recognition for seafarers as key workers. The roll-out of Covid-19 vaccinations was also a hot topic.

The entities discussed the issue of ensuring that seafarers – who should be treated as key workers – receive vaccinations efficiently and as soon as possible. “2020 has been one of the most challenging years for the world in recent times. But we have seen companies like Amazon increasing their profits thanks to a great extent to the actions of seafarers who have kept trade flowing.

We now need leaders like Jeff Bezos to raise their voices in support of the many seafarers who despite being in effect trapped by the crew change crisis have continued to perform their duties,” Esben Poulsson, chairman of ICS, said and he warned that without immediate action from industry and governments around the world, 2021 will be a year of slow and complicated recovery.

“The ITF supports the sentiments expressed in this open letter from shipping bodies to Amazon boss, Jeff Bezos.

We are appalled that household names like Amazon have refused to join the fight to end the crew change crisis which risks giving rise to a forced labour situation in their supply chains,” said ITF general secretary Stephen Cotton.