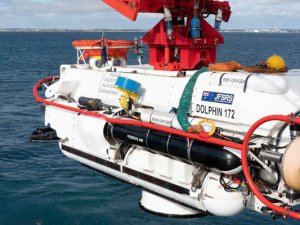 James Fisher’s Perth-based business, JFD Australia, will continue to supply its submarine rescue system to the Royal Australian Navy (RAN) for at least the next four years.

The company has been awarded a GBP 35 million (USD 45.2 million) contract extension with the Australian government to deliver its submarine escape and rescue system until December 2023 with an option to further extend to November 2024.

As explained, the contract extension will create a number of full-time defence industry jobs which, working with JFD Australia’s team will ensure that the submarine rescue system is “rescue ready” and on standby to respond to a submarine emergency anywhere in the world.

“We are delighted to secure this four-year contract extension from our valued customer, the Royal Australian Navy,” Eoghan O’Lionaird, Chief Executive Officer of James Fisher, commented.

“Keeping submariners and other defence force personnel safe remains our foremost priority. JFD Australia looks forward to continuing to be a reliable partner for the RAN through the ongoing delivery of its … submarine escape and rescue service.”

In Australia, submarine rescue involves sending a smaller or “mini” piloted submarine to a disabled submarine to rescue the crew on board and transfer them safely under pressure to the ocean’s surface where they are able to receive potentially life-saving decompression treatment in a specially-designed hyperbaric equipment suite.