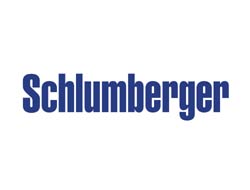 Job cuts that have afflicted almost every sector of the economy reached into the oil industry, as the biggest oilfield service providers said they were cutting employees. Schlumberger Ltd., the world's largest oilfield services company, will eliminate up to 1,000 jobs in North America, or about 5 percent of its work force, and is looking at cuts elsewhere globally. Halliburton Co. also said it would begin laying off workers but didn't say how many or when. Both companies have headquarters in Houston, a city that has boomed as oil prices soared. Schlumberger said up to 100 jobs would be cut in Houston, where it employs 5,000.

During the fourth quarter, crude tumbled from $100 a barrel to $40. That was in sharp contrast to the rest of 2008, when oil prices soared and producers posted record profits.

Oil and gas companies have since scrapped many exploration and production projects, reducing work for companies like Halliburton and Schlumberger.

"We do expect reductions in other parts of the world, but I have no specifics in terms of timing or numbers," Schlumberger spokesman Stephen Harris said Thursday.

The company, whose principal offices are in Houston, Paris and The Hague, employs 19,000 in North America and 84,000 worldwide.

Halliburton employs more than 55,000 people and also has headquarters in Dubai.

Schlumberger warned earlier this month that its annual profit would fall below expectations due to the global economic slowdown.

Halliburton in November acknowledged the ongoing financial crisis could make it very challenging to meet revenue growth and other performance targets in 2009.

"Halliburton has faced adverse conditions before, and we realize that 2009 will be a challenging year ? it simply is not business as usual," the company said in a statement Thursday.

Oil companies hire service providers like Schlumberger and Halliburton for a variety of well-site jobs that can include seismic tests, directional drilling and reservoir management.

Crude has tumbled 70 percent since reaching summer highs near $150. That, combined with the global credit crisis, has caused many producers to slash capital spending budgets and eliminate drilling projects.

Crude prices have fallen 15 percent in just the past two days with growing evidence that energy demand continues to fall.

This news is a total 1222 time has been read