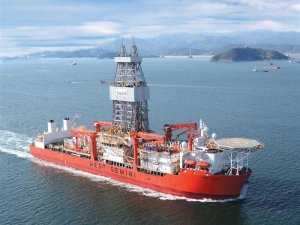 The drillships were originally ordered by Seadrill in 2013 when the price tag for modern newbuild drillship was still close to $600 million apiece.  However, the company eventually canceled the shipbuilding contracts in March after it filed for prearranged Chapter 11 bankruptcy protection as part of a comprehensive restructuring plan.

Delivery of the drillships is now planned for January and March 2021, Northern Drilling said.

Both Seadrill’s and Northern Drilling’s largest shareholder is Hemen Holding Ltd., a company indirectly controlled by trusts established by John Fredriksen for the benefit of his immediate family.

Northern Drilling has also received an option to acquire a third drillship, known as the Cobalt Explorer, from DSME at a purchase price of US $350 million. Cobalt Explorer was originally ordered by Vantage Drilling for a price of $563 million, however DSME terminated the contract in 2015 after Vantage failed to make an interim payment.

Northern Drilling was set up in late 2017 as an investment company targeting the acquisition of offshore drilling rigs at bargain prices. The company’s fleet currently consists of two semi-submersible rigs, West Mira and Bollsta Dolphin. Management of the rigs is provided through a contract with Seadrill.

This news is a total 811 time has been read
Tags: John Fredriksen’s Northern Drilling Snaps Up Newbuild Drillships on the Cheap