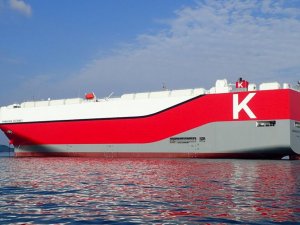 The commission said it had recommended a fine equivalent to 10 percent of K Line’s local turnover.

The authority’s investigation unveiled that from at least 2002 to 2013 K Line, along with Mitsui O.S.K Lines Ltd (MOL), Nippon Yusen Kabushiki Kaisha Ltd (NYK) and Wallenius Wilhelmsen Logistics AS, was involved in price fixing, market division and collusive tendering for shipping Toyota vehicles.

Additionally, the commission found that K-Line, MOL, NYK and WWL agreed on the number of vessels that they were to operate on the South Africa to Europe routes at agreed intervals or frequencies.

The parties also agreed on the freight rates that they were to charge Toyota South Africa Motors (TSAM) for the shipment of Toyota cars.

In 2015, NYK and WWL admitted to colluding on this tender and settled with the commission. Japan’s MOL was not fined as it was first to approach the commission and cooperated, according to the authority.

This news is a total 1297 time has been read
Tags: K Line Faces Penalty for Price-Fixing in South Africa