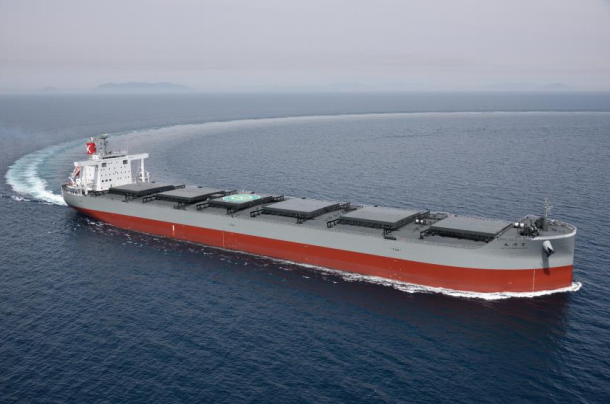 Ordered in 2015, the 91,818 dwt newbuild belongs to the K Line’s specialized fleet for transport of thermal coal known as the Corona-series.

The Corona-series comprises coal carriers equipped with a wide beam and shallow draft. These ships are described as “the most suitable type” to enter ports of Japanese Thermal Power Stations to discharge cargo.

According to K Line, the Post-Panamax vessel is equipped with energy-saving and ecological technology such as advanced flipper fins and rudder fin which promote its propeller efficiency. Additionally, the bulker has the latest eco-technology such as ballast water management system which protects marine ecosystems, and SOx scrubber which enables it to comply with the IMO 2020 sulphur cap.