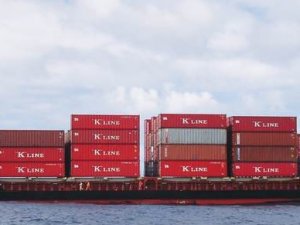 A joint statement that LNG is expected to become an important alternative to heavy fuel oil due to its relatively low carbon footptint, which will enable ships to meet increasingly stringent international regulations on emissions.

The shipping forms K Line and NYK Line, together with electric utilities provider Chubu Electric Power and trading company Toyota Tsusho Corporation, are looking to commercialize a new business to supply liquefied natural gas as a marine fuel to ships in the country’s Chubu region.

“The four companies will jointly discuss specific LNG customers and supply methods in preparation for the commercialization of LNG bunkering business,” the statement said.

Compared to heavy fuel oil, the use of LNG can reduce emissions of sulfur oxides (SOx) and particulate matter (PM) by approximately 100%, nitrogen oxides (NOx) by as much as 80%, and carbon dioxide (CO2) by approximately 30%, it said.