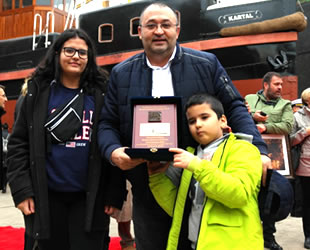 107 years old Kartal Steamboat, which took its cue from Mustafa Kemal Atatürk, The Great Founder of Republic of Turkey, for turkish war of independence; is delivered to Turkish Naval Forces, with the keel-laying ceremony.

Refurbishment has been completed of “Kartal Steamboat” that took its cue from war veteran Mustafa Kemal Atatürk for Turkish war of independence; where Atatürk made his well known speech on its deck on the date November 13,1918: “As they have come, so they will go”

With the keel-laying ceremony that was held by Recovery and Sustenance Foundation of Kartal Steamboat; ship was delivered to Turkish Naval Forces.

KARTAL STEAMBOAT IS THE SYMBOL OF REVIVAL

“From now on our foundation withdraw itself by feeling honored and glory of accomplishing the mission. Thereafter Zarı Zeybek Tenezzül Motoru that was used by Atatürk in Çubuk Reservoir and remain on display at Anıtkabir and Official Boat of Acar presidency that also remain on display at Çanakkale Naval Museum; Kartal Steamboat is the third historical artifact as part of ships that were used by Atatürk. Our desire is henceforth; put on display the yacht and its saloon, where Atatürk’s very last Council of Ministers held in, beside to Dolmabahçe Palace, as a museum ship.” Cem Gürdeniz, Former Rear Admiral of Turkish Naval Forces said in the ceremony.

“Thanks to collective work of Turkish Public; Kartal Steamboat that was found in 2016, which had been doomed to perish and almost underwater; regain its form on the date November 13,1918 by the Refurbishment that carried out throughout a year and here it is as a tangible monument of Turkish Citizens’ consolidated love of Atatürk, Republic and Motherland. The steamboat was delivered to Naval Forces Command in order to put on display at Naval Museum in Beşiktaş District. The Great Leader made his historical speech on this steamboat. Kartal Steamboat is the symbol of hope, resistance, revival and invincibility.” 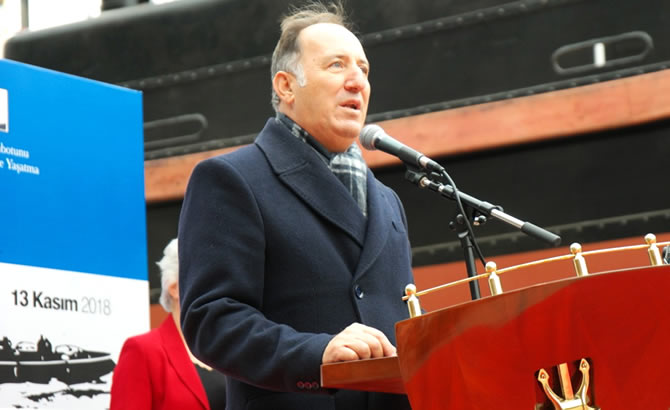 “THIS SHIP IS THE MONUMENT OF COPING WITH THE CHALLENGES“

Following the speech, plaques was given to corporations and foundations that donate the Refurbishment of Kartal Steamboat.

In the wake of the plaques ceremony, Refurbishment of Kartal Steamboat, which is a witness of a century, completed and was delivered to Tayyar Ertem, Rear Admiral of Naval Ground Force Commander. 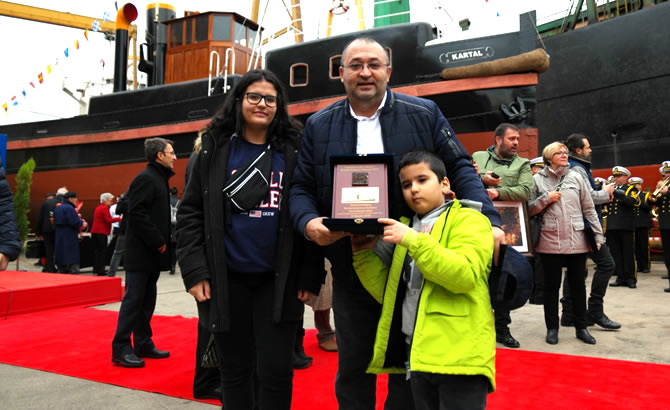 RECEP CANPOLAT MADE THE VERY FIRST DONATION ON CAMPAIGN

When the Kartal Steamboat found in 2016, it was doomed to perish and almost underwater.

Recep Canpolat, Chair of Deniz Haber Ajansı, (Deniz News Agency) attracted the attention by being the very first person who made $5000 donation to the campaign of Refurbishment of Kartal Steamboat.

In the wake of the campaign keep snowballing, the ship regain its form in the year 1918 as the result of Refurbishment that got underway on the date November 13,2017 with the support of the public. 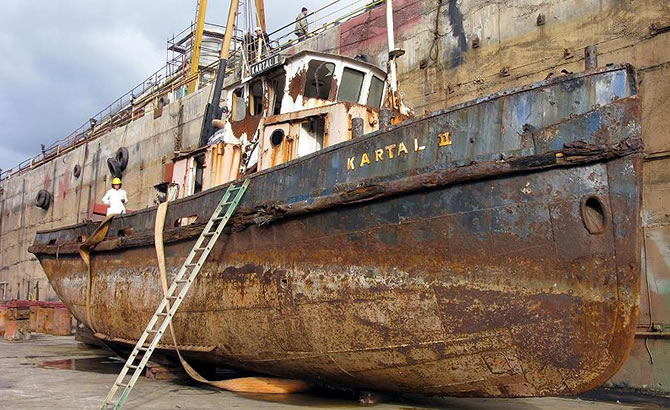