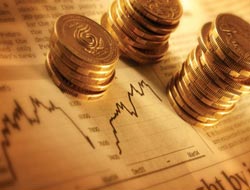 Outlining German Ocean"s interest in the region, managing director Luo Min said private investors in Germany still kept a close eye on KG based ship finance deals despite the downturn although they have become more selective in the projects that are offered.

?Private German investors are well aware of risk and a KG fund offers a long-term investment return ? it is not a short term asset play,? Mr Luo said.

With an average return of about 7%, compared to a mid-term saving deposit rate of 2% - 4%, Mr Luo thought ?the KG market is still there. People still have money? although confidence had been hit.

He said that for Asian shipowners, a KG fund could provide top-up finance, filling the gap between what an owner wanted to commit in equity and a bank wanted to provide through loan finance. Outlining this co-partnership approach Mr Luo, said a shipowner could provide 30% of the finance for a ship, a bank 50% with the remaining 20% coming from the KG fund.

?Co-partnership offers more flexibility that the traditional KG model,? Mr Luo said adding that a deal can be tailored on a case-by-case to the needs of the shipowner.

He said KG finance would be open to newbuildings, modern secondhand tonnage and ships on bareboat charter. Mr Luo said that for secondhand vessels to be considered, they must be under 10 years old and in good condition.

Under German KG rules, ships must be flagged and managed in Germany, while the owner must establish an operations office in the country. But with several Hong Kong ship managers with operations in Germany ? Wallem is in Hamburg and Anglo-Eastern Shipmanagement is in Bremen ? these links could provide a level of comfort for Hong Kong shipowners interested in the possibility of KG finance.

German Ocean Invest is the first company with a direct link to the German KG market to set up in Asia.

Wölbern Invest, which entered the shipping market in 2006, has invested around Euro3.2bn ($4bn) in 87 funds covering property and aircraft in addition to ships and is one of the top 10 KG funds houses in Germany.

Mr Luo said there has been extensive interest in what German Ocean Invest is doing even though it has only been established in Hong Kong since November. A recent seminar attracted more than 50 delegates including representatives from owners, law firms and banks.

Explaining the reasons for setting up in Hong Kong, Mr Luo said two other locations, Shanghai and Singapore, were considered in addition to the territory.

?Hong Kong is close to mainland China, the biggest banks worldwide have subsidiaries in Hong Kong and there are about 540 asset management companies and over 170 private equity companies in the territory, while the stock market is as big as the one in Germany,? he said.

Mr Luo said that while investor interest had dampened and the best strategy might be to ?wait and see, this does not mean one should do nothing. Hong Kong provides attractive investment opportunities?.

Currently, Mr Luo sees Hong Kong and top flight Chinese owners including Cosco and China Shipping as the those most likely to be interested in KG finance, but he did not rule out interest by owners from other Asian countries.

This news is a total 3321 time has been read