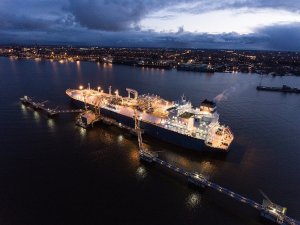 Lithuanian company AB Klaipedos Nafta (KN) has been appointed as the operator of a liquefied natural gas (LNG) terminal in the Brazilian Port of Açu.

As informed, the agreement will become effective once GNA receives remaining corporate and lenders approvals. The initial term of the agreement is for a 13-year operational period following the completion of the LNG terminal and can be extended upon mutual agreement.

The new terminal in the Port of Açu is due to start operations in 2020 for the commissioning of GNA’s thermal power plant, UTE GNA I.

KN through its subsidiaries has established a special purpose company — the Brazilian SPV — which will be responsible for the provision of services. The services will include maintenance of the jetty and its installations, gas pipeline and gas metering stations as well as supporting the commissioning of the LNG terminal.

“I am excited that today KN brings its expertise to a key project in the expanding Brazilian energy market and I believe that by choosing an independent operator GNA has established the most effective setup for the operations at the Port of Açu LNG terminal,” Darius Šilenskis, CEO of KN, commented.

The LNG-to-power project, developed by GNA at the Port of Açu, is the largest of its kind in South America. Currently, the project includes the development of two natural gas-fired thermoelectric plants (GNA I and GNA II) with a combined capacity of 3 GW and the LNG terminal with a regasification capacity of 21mm m3/day.

The newly built floating storage regasification unit (FSRU) BW Magna of 170,000 cubic meter storage capacity is delivered and operated by BW, while the liquefied natural gas will be supplied by BP, also a shareholder of GNA.

This news is a total 812 time has been read
Tags: Brazil, Klaipėdos Nafta, LNG Terminal, Port of Açu.