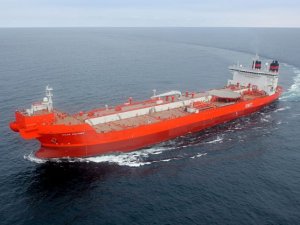 Scotland-based KNOT Offshore Partners has, through its subsidiary, entered into a binding term sheet for a new senior secured credit facility in order to refinance the existing bank loan associated with the crude oil tanker Hilda Knutsen.

The existing bank loan has an outstanding principal amount of USD 75.6 million with a balloon amount of USD 69.5 million due at maturity in August 2018, according to the company.

The new senior secured credit facility will consist of a USD 100 million term loan facility with Mitsubishi UFJ Lease & Finance (Hong Kong) Limited and will have a fixed tenor of seven years.

KNOT Offshore Partners expects to close the facility in May 2017, subject to the execution of definitive documentation and satisfaction of customary closing conditions.

“The refinancing of the Hilda Knutsen facility will make a significant liquidity contribution to the Partnership. We are securing long-term financing on attractive terms, addressing our refinancing risks and at the same time further diversifying our funding universe,” John Costain, CEO/CFO KNOT Offshore Partners, said.

The company added that it anticipates that it will have the option to purchase the shuttle tanker Vigdis Knutsen when it commences the long-term charter with a subsidiary of Shell, expected in early April 2017.

A ninth dropdown would result in the Partnership’s growing its fleet to comprise thirteen advanced modern shuttle tankers, a 225% fleet growth since the Partnership was listed on NYSE in April 2013.

This news is a total 883 time has been read
Tags: KNOT Offshore Partners Agrees Refinancing for Hilda Knutsen