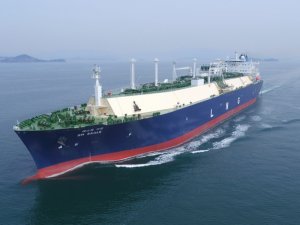 The long-term contract would see Korea Line deploy two of its new LNG carriers to ship the cargo between Sabine Pass LNG terminal in the US and Korea, according to the company’s stock exchange filing.

The company took delivery of the LNG carrier duo, the SM Eagle and the SM Seahawk, in April and May 2017, respectively. According to data provided by VesselsValue, the 174,000 dwt ships, built by Daewoo Shipbuilding & Marine Engineering, have a market value of around USD 199 million each.

Earlier this year, Korea Line ordered USD 487 million worth of vessels as part of its expansion plans.

Through its subsidiary Korea Shipping Corporation, the shipping major ordered four bulk carriers from an undisclosed  overseas shipyard under a KRW 110.7 billion deal.

Additionally, on the back of an LNG supply contract with KOGAS, Korea Line said ordered two LNG carriers for a price of KRW 439.3 billion.

The LNG vessels, which would be deployed to transport LNG from Tongyeong to Aewol under a 20-year charter contract, are expected to be handed over in May and December 2019, respectively.

This news is a total 560 time has been read
Tags: Korea Line Clinches LNG Shipping Deal from KOGAS