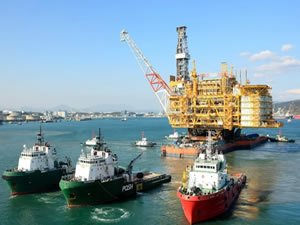 According to an emailed statement published in an article by the Yonhap News Agency, the construction of the offshore facility will be completed by 2024.

Korea Shipbuilding added that the compression platform will be built on the Shwe gas field in the Bay of Bengal.

Shwe natural gas project is a multi-field integrated development, consisting of the Shwe, Shwe Phyu, and Mya offshore gas fields located offshore Rakhine State in blocks A-1 and A-3 off Myanmar.

The project is being developed in a three-phase scheme by a consortium of six companies led by Posco. The company holds a 51 per cent stake while partners ONGC, Myanmar Oil and Gas Enterprise, GAIL, and KOGAS hold 17, 15, 8.5, and 8.5 per cent, respectively.

The first gas production from phase one of the Shwe natural gas project was achieved in July 2013. Phase two and three are currently under development. First gas from phase two of the project is expected in the second quarter of 2022.

The gas produced from the project is being distributed locally in Myanmar as well as sold to China through a pipeline which can ship four million cubic feet of gas per day.

Combined natural gas reserves of the three gas fields are estimated at 4.53 trillion cubic feet. The Shwe gas field, discovered in 2004, has the largest gas reserves among the three fields.

Phase one of the project involved drilling four subsea production wells and tying them back to an integrated drilling and processing platform. Infrastructure includes an offshore platform, subsea pipelines, an onshore gas terminal, and a supply base jetty facility at Kyauk Phyu.

The second phase of the project includes the installation of subsea umbilical risers and flowlines (SURF) and a subsea production system (SPS) for connecting eight subsea wells.

Phase three of the project includes designing a new compression platform, the modification of the existing platform and the construction of a bridge linking the platforms.

Hyundai Heavy Industries, now a part of Korea Shipbuilding, was awarded a $1.5bn engineering, procurement, construction, installation, and commissioning contract to construct the jacket and the topside for the first platform back in 2010.

This news is a total 4536 time has been read
Tags: Korea Shipbuilding and Offshore Engineering Company Myanmar , posco , SHWE