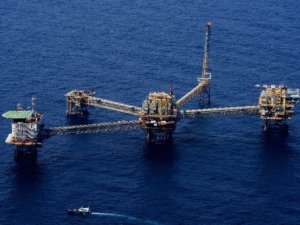 KrisEnergy, the operator of the Cambodia Block A since 2014, plans to develop the Apsara area in the north eastern section of the concession. The Cambodia Block A contract area covers 3,083 sq km over the Khmer Basin in the Gulf of Thailand. It contains the Apsara oil field, which was discovered a decade ago.

Under the agreement, KrisEnergy has 60 days to declare a final investment decision, thereby signaling the formal launch of the Apsara project, which is expected to take up to 24 months to produce first oil.

Oil will be sent via a 1.5 km pipeline for strorage to a permanently moored floating, strorage and offloading vessel.

KrisEnergy will hold 95% interest in the block and remaining 5% will be transferred to the Cambodia government. ''The signing of the fiscal and technical agreements between the government and Kris Energy for oil production in Block A is the culmination of years of work and endeavor by all parties involved and we are very proud of the outcome. Producing Cambodia's first oil in its offshore waters will be a major step along our steady road to economic development and national prosperity and is aligned to the government's key development goals,'' said H.E. Meng Saktheara, Secretary of State for the Ministry of Mines and Energy and Chairman of the inter Ministerial Committee for Block A.

This news is a total 992 time has been read
Tags: KrisEnergy to develop Cambodia's first offshore field