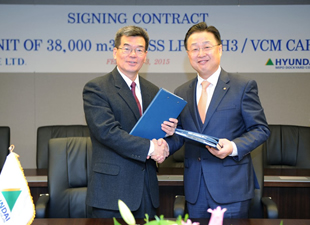 The new mid-size carrier will cost USD 52 million to build, and will join the Seoul-based shipper’s fleet in February 2017, according to the company’s latest announcement on the Korea Stock Exchange.

KSS Line has reportedly already chartered out the newbuild to an unnamed client from India.