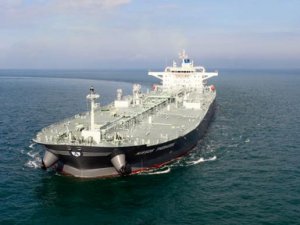 The first two ships from the batch, priced at USD 44 million each, are slated for delivery in 2018 with the remaining three following suit in 2019, VesselsValue data shows.

Under the terms of the deal, the Greek shipowner has an option to order two more ships from the series.

Kyklades Maritime has ten tankers in its fleet, based on the company’s website data, comprising four 2015-built Aframax-LR2 tankers, four 2012 Aframaxes and two Suezmaxes, one built in 2016 and the second one in 2017.

In addition, the company has two Suezmax tankers of 157,100 dwt on order at Japan Marine United (JMU) that are scheduled to join the company’s fleet in 2018.

This is said to be the first order for the mid-sized shipbuilder since 2015, according to The Korea Economic Daily.

This news is a total 1126 time has been read
Tags: Kyklades Maritime Books Five Aframaxes at Sungdong