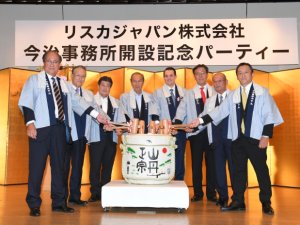 The Liberian Registry has established an office in Imabari, Japan, as part of the ship registry’s continued expansion of its presence in Asia.

As informed, this is the fifth office Liberia has opened in Asia since 2017 as the country has been building up its network of full-service offices and representatives on this continent.

Liberia is the second-largest ship registry in the world, according to January 2019 World Fleet Monitor provided by Clarksons. In gross tonnage terms, the country has overtaken and outgrown the Marshall Islands which is now in third place.

Headquartered in Dulles, Virginia, the Liberian Registry is said to be the fastest-growing major open registry. More than 4,400 Liberian-flagged vessels aggregating over 170 million gross tons represent 12% of the world’s oceangoing fleet.

The world’s largest ship registry remains Panama and it is followed by Liberia and the Marshall Islands.

This news is a total 196 time has been read
Tags: Imabari, Japan, Liberian Registry, Ship Registry.