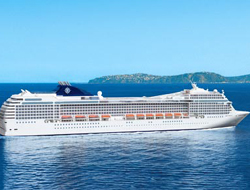 Liverpool?s application for Department for Transport permission for a turnaround facility at its recently-built cruise terminal may face opposition from other port operators.

Liverpool"s application for Department for Transport permission for a turnaround facility at its recently-built cruise terminal may face opposition from other port operators.

Liverpool"s application for Department for Transport permission for a turnaround facility at its recently-built cruise terminal may face opposition from other port operators, who object to a multi-million pound European Union cash handout that funded the initial project.

The move comes at a time when a number of British ports have sought to obtain sizeable payments from public sources, despite the robust private enterprise ethos that has generally been dominant in the sector since the Thatcher privatisations in the 1980s.

Liverpool opened a new municipally-controlled cruise terminal in 2007, at a cost of £20m ($32.8m), with £9m funded by the EU as part of the assistance it gives to economically depressed areas.

Last year, the terminal was used by 14 ships carrying 18,500 passengers, who pumped a much-needed £1.3m into the economy of what remains one of Britain"s most run-down cities.

But because there are no baggage handling, customs or immigration control facilities, voyages starting and ending in Liverpool have to use Langton terminal in nearby Bootle, an industrial area that local tourism chiefs feel does not offer an appealing first impression to visitors.

Accordingly, Liverpool council wants to upgrade the new terminal and needs DfT confirmation that this will not lead to a claw-back of the EU grant. DfT officials are known to have visited the site and are expected to come up with an initial ruling later this year. Peel Ports, which owns the port of Liverpool but not the terminal, declined to comment on the matter.

Some other port concerns contrast how Liverpool is being treated with the way in which Associated British Ports funded its £19m cruise terminal in Southampton without resort to public funds.

They also note that Great Yarmouth was in receipt of £18m of public money for the construction of breakwaters needed to create a new deepwater harbour. There are also unconfirmed claims that a foreign-owned port operator is seeking public funding for a major dredging project.

Meanwhile, the South West Regional Development Agency has said it would not provide assistance with dredging and the construction of a cruise terminal in Falmouth, another economically depressed area, although it did provide part-funding for a £410,000 environmental impact assessment.

However, one source close to the situation said he understood there were ?ongoing discussions with a number of potential partners within the public sector? and that public sector support for the plan should not be ruled out.

Ironically, Britain"s port have long prided themselves on receiving virtually no assistance from the public purse, unlike many of their rivals in continental Europe, which are often subsidised by municipal or regional governments. The website of the UK Major Ports Groups describes this ?lack of a level playing field? as ?a major concern?.

UKMPG executive director Richard Bird argued that while there is a case for the British government to fund the connection of ports to the wider road and rail network, because that benefits the economy as a whole, state intervention in the ports industry should be avoided.

?The privatised port sector has consistently opposed operating subsidies. It"s not available to us and we feel that there ought to be a consistent policy across the European Union,? he said.

?Certainly, the Great Yarmouth decision was one we were not at all happy with, and that"s a matter of record, although it happened a few years ago.? He pointed out that the government is short of money as a result of the current economic situation and it is difficult to imagine that applications for substantial assistance would be successful.

David Whitehead, director of the British Ports Association, said it is important to distinguish between the systematic long-term assistance seen in other countries, and on-off grants from sources such as regional development agencies, which ports should be able to access if they have a case.

?The price [subsidised ports] pay for that is that they are part of government, they don"t have strategic independence, they are always looking over their shoulder at what is going on there,? he said.

This news is a total 2047 time has been read