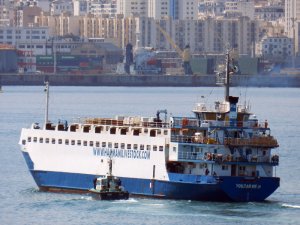 The Paris MoU organization detained a livestock carrier in Midia, Romania, on April 29, 2017.

The vessel in question is Youzarsif-H and flies the flag of Togo, which is black on the current Paris MoU White, Grey and Black (WGB) list.

The 2,282 gross ton livestock carrier is the third ship to be detained in the Paris MoU region in the last 36 months.

This refusal of access will become applicable immediately after the ship is authorized to leave this port and anchorage.

The Paris MoU is comprised of 27 participating maritime administrations and covers the waters of the European coastal states and the North Atlantic basin from North America to Europe.

This news is a total 783 time has been read
Tags: Livestock Carrier Denied Entrance to Paris MoU Region