Livestock Carrier with COVID-19 Remains in Australia as Deadline Looms 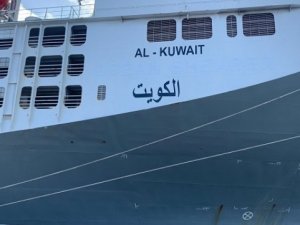 The livestock carrier Al-Kuwait remains in Fremantle, Australia as the outbreak of the coronavirus continues among its crew.

The health authorities in Western Australia are continuing to manage the situation as the deadline looms for the end of animal export season.

According to the Western Australia Department of Health, the only new cases of COVID-19 being reported in the state are coming from the Al-Kuwait. Indeed, restrictions on citizens in the area are being reduced, as the state believes that it is been successful in the containment and mitigation of the disease.

Ten crew members remained on the ship after being tested for COVID-19, but they may likely be retested in the coming days because of the close quarters on the ship and the potential for exposure.

The Al-Kuwait arrived from the United Arab Emirates on May 22 and berthed in Fremantle to load live sheep for its last trip before a seasonal moratorium of the export of live animals went into effect on June 1. The ship had a total crew of 48 onboard but none were permitted to go ashore when the vessel arrived.

After it was learned that the ship had been permitted to dock in Australia despite concerns that the virus might have been on board, there was a brief political dispute between the local and federal governments regarding the timing of notifications and responsibilities. There were also fears that some of the port employees might have been unknowingly exposed to the virus due to lapses in the notifications. To date, however, no cases of the virus, have been reported spreading from the crew to the Australian population.

The rush is on to find a resolution for the Al-Kuwait situation because of the pending moratorium and the fact that 56,000 head of sheep were being readied for transfer to the ship when it arrived in Australia. Currently, the sheep are reported to be in feedlots on shore while the authorities search for a solution. It has been suggested that an alternate vessel might transport the animals.

The livestock export business remains controversial with animal rights groups calling for an end to the practice, which they say results in immeasurable animal suffering. The ban that goes into effect on June 1 is designed to prevent the export of the animals during the height of the summer heat which the ships would sail through during the trip to the Middle East. An incident occurred in 2017 killing many of the animals aboard one of the ships during one of those voyages in the summer heat.

This news is a total 242 time has been read
Tags: Livestock Carrier with COVID-19 Remains in Australia as Deadline Looms