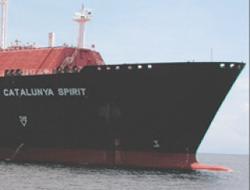 THE Spanish-flag, Teekay-owned LNG carrier Catalunya Spirit is adrift some 35 miles off the US coast after suffering an engine breakdown.

The U.S. Coast Guard said Tuesday it was continuing to monitor and assist the liquefied natural gas tanker Catalunya Spirit, which lost propulsion and became disabled and adrift east of Cape Cod, Massachusetts, on Monday.

In a statement, the Unified Command at Coast Guard Sector Boston said Teekay Corp, which operates the tanker, contracted four tugboats and three technical representatives for assistance on Monday.

"Though the vessel has not suffered any structural damage or released any substance, as part of the response plan, Coast Guard Sector Boston has notified the National Strike Team and is helping to coordinate salvage and pollution response assets," the statement said.

Teekay public affairs manager Jonathan Anthony said the vessel was under tow and being moved to a location selected by the Coast Guard, out of shipping lanes. The company said it was working with its technical team that had been flown to the vessel to get it restarted.

The tanker was headed to Boston from Trinidad. SUEZ LNG NA unit Distrigas of Massachusetts LLC owns and operates the import and regasification facility located along the Mystic River in Everett, Massachusetts.

The Everett terminal has been operating longer than any other LNG import terminal in the United States. Between 1971 and 2003 it received approximately half of the LNG imported into the U.S. The facility currently meets approximately 20 percent of New England's annual gas demand, with storage satisfying an additional 15 percent of the region's peak gas demand, according to the company's Web site. 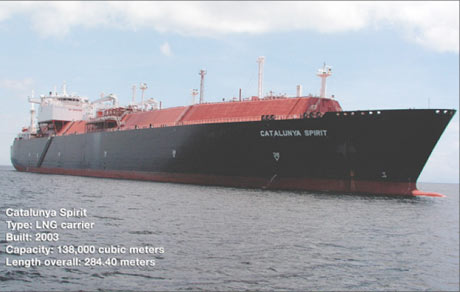 This news is a total 818 time has been read