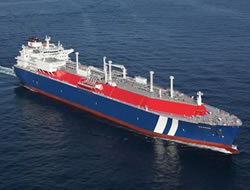 LNG imports to Brazil in August showed a 48% increase to 1.497 mcm after the July figures showed 1.010 mcm.
The rise in imports came about due to the weather conditions that have seen the nation’s hydroelectric reservoirs dip to critical lows which left Brazil with no choice but to buy LNG for power generation, sources told Platts.
The August imports were the second highest after March 2014 when Brazil imported 1.504 mcm of LNG due to draught conditions earlier in the year and the football world cup that followed.
In the first eight months Brazil’s LNG imports have totaled 9.3 mcm, which is more than 25% up on the same period 2013. This is seen as a result of severe draught conditions and nation’s demand for electricity.
http://turkishmaritime.com.tr
This news is a total 5266 time has been read